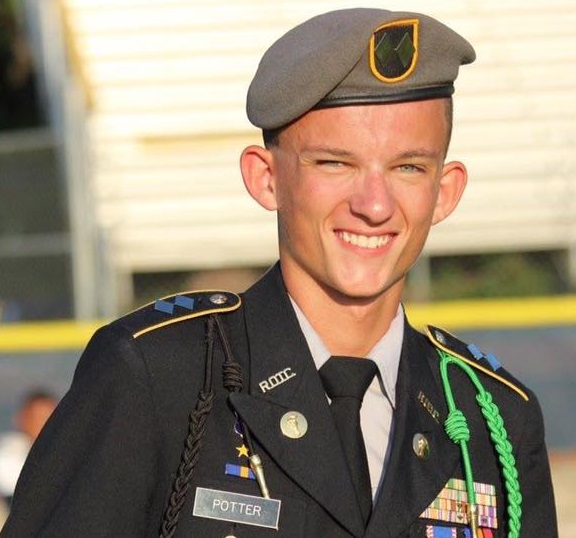 scholarship through the collegiate U.S. Army ROTC program, according to his mother Rebecca Potter.  Zachary will graduate from North Brunswick High this summer and has been accepted by Campbell, UNC Pembroke, ECU, and NC State.

“I began my education at Charter Day School in the fall of 2004 and fell in love with nature of the charter school system quickly, as it allowed me to learn at my own pace and discover my strengths early on,” Zach explained.

Zachary developed from a young nervous kindergartener to a confident and academically successful eighth grade student,” said his mother. She added that Charter Day School’s strong belief in conservative morals and high social standards naturally drew him to join North Brunswick High School’s prestigious JROTC program where he achieved the highest possible rank of Battalion Commander.   After he completes his degree, he will be sworn in as an officer in the U.S. Army on active duty for four years.

“The skills that I gained from Charter Day School helped me tremendously in earning this honor. It was expected at Charter Day School that you give everything you do 110%, and that value follows me everywhere I go. I remember thinking it was silly turning the car around because you forgot your belt, or having to keep your shirt tucked in every day. Little did I know these standards would give me a work ethic that would save me over one hundred thousand dollars,” Zach explained.

Charter Day School is managed by The Roger Bacon Academy, whose founder Baker Mitchell watched Zach’s maturation with great interest.  Mitchell says, “Zach was always a quiet, reserved young man who treated everyone with great respect and politeness.  The school’s adage that ‘Virtue Rewards’is exemplified by his receiving this four-year, full-ride scholarship.”

Although he was accepted at four universities, he quickly made Campbell his choice and plans to pursue a degree in Christian Studies. Zachary wants to be a pastor after his military service obligation.

All four schools in the RBA family are tuition-free, public, and offer a classical curriculum which, among other subjects, includes Latin and Cursive All schools are now enrolling students for the upcoming 2017-2018 year on a first-come, first-served basis.. For more information, please visit www.enrollRBA.com .