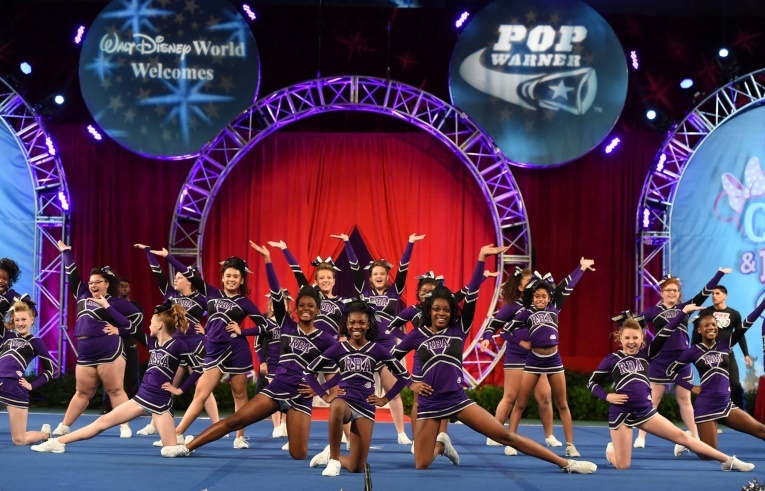 What’s more? This squad was formed only two years ago. The squad is comprised of 22 students from Columbus Charter School ages 10-13. Last week, they joined more than 420 squads from across the country in Orlando, Florida for the Pop Warner National Championships broadcasted by ESPN 3.

The squad achieved a third place finish, as well as a nomination for the competition-wide Spirit of Sport Award—the competition’s “Miss Congeniality” equivalent. This award ultimately went to a squad from Columbus Charter School’s sister campus, Charter Day School in Leland.

The common denominator for these programs’ mutual success is Head Coach, Jean Lafave. Lafave started the program at the Leland campus 2005 and successfully replicated at our Whiteville campus in 2014.