On Wednesday, October 7, 2015, Former NC Representative Carolyn Justice visited Douglass Academy. Mrs. Justice served five terms in the State’s legislature and was recently presented with the State’s prestigious Order of the Longleaf Pine award. Mrs. Justice is a Wilmington native who currently is a businesswoman in neighboring Pender County. Mrs. Justice visited to learn about the unique public education offered at our school by observing the delivery of our Classical Curriculum through the Direct Instruction teaching method.

I had an enlightening and fun visit to Douglas Academy (Charter school) in Wilmington yesterday. These kids are happy, engaged and excited to learn. I was excited to see first graders diagramming sentences solving math problems, individually, and verbally.

92% of their students are on free or reduced lunch. So please don’t tell me the reason public schools don’t do as well is because they have a greater proportion of poor children.

Douglas Academy began its third academic year in August. They serve grades K-2, and the school has quadrupled its first-year’s enrollment, now serving around 150 students in grades K-4. Adding a grade level each year, the school will become a K-5 by 2017. 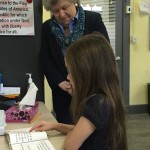 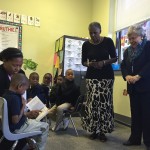 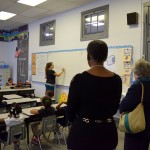 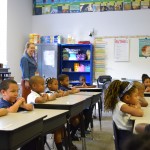 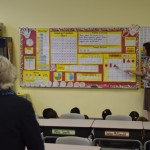 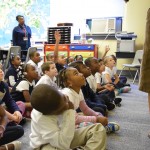 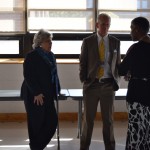