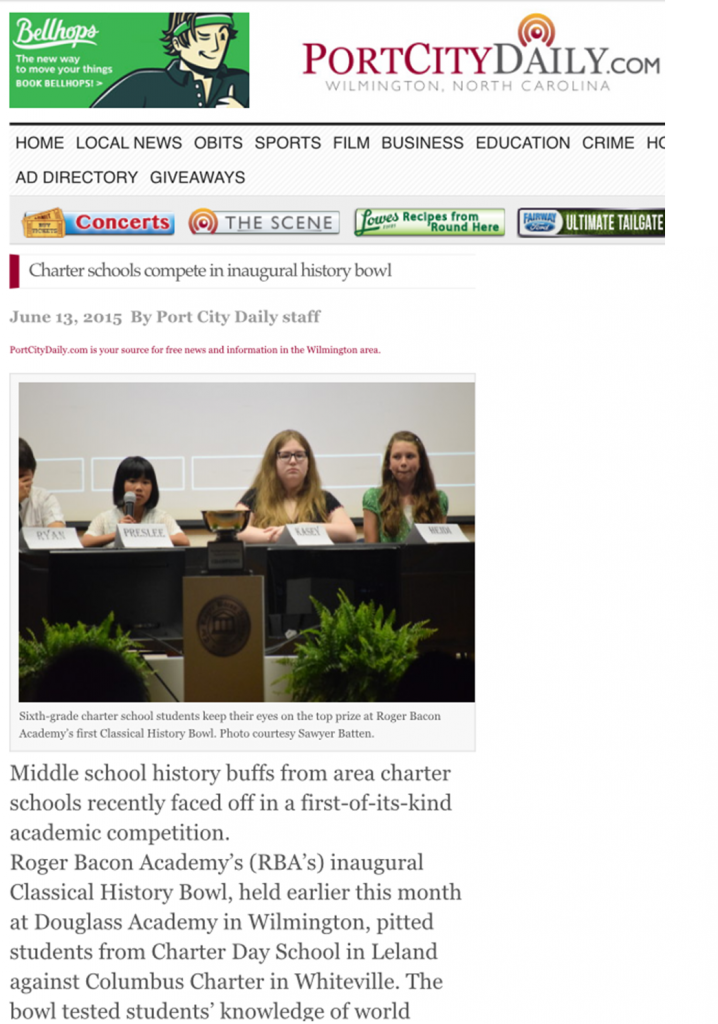 PortCityDaily.com is your source for free news and information in the Wilmington area.

According to schools spokeswoman Sawyer Batten, RBA created the competition to both test and showcase the history-based classical curriculum implemented at each of its network schools.

“History is much more than just memorizing a bunch of facts about dead people,” RBA founder Baker Mitchell added. “The events and facts are sequenced so that the cause and effect from one event to the next event is evident to the student. This is a necessary awareness that directly influences and informs all other subjects.”

Competitors in sixth through eighth grades began studying for the event late last year, in preparation for the recall of more than 500 facts. During the competition, five-person teams from each grade level represented their home school in three, 20-question rounds. Students answered questions individually to contribute to their team’s score.

By calculating each school’s cumulative score, Charter Day School was named the first RBA Classical History Bowl champion. The school received a trophy, which will travel each year to the winning campus. 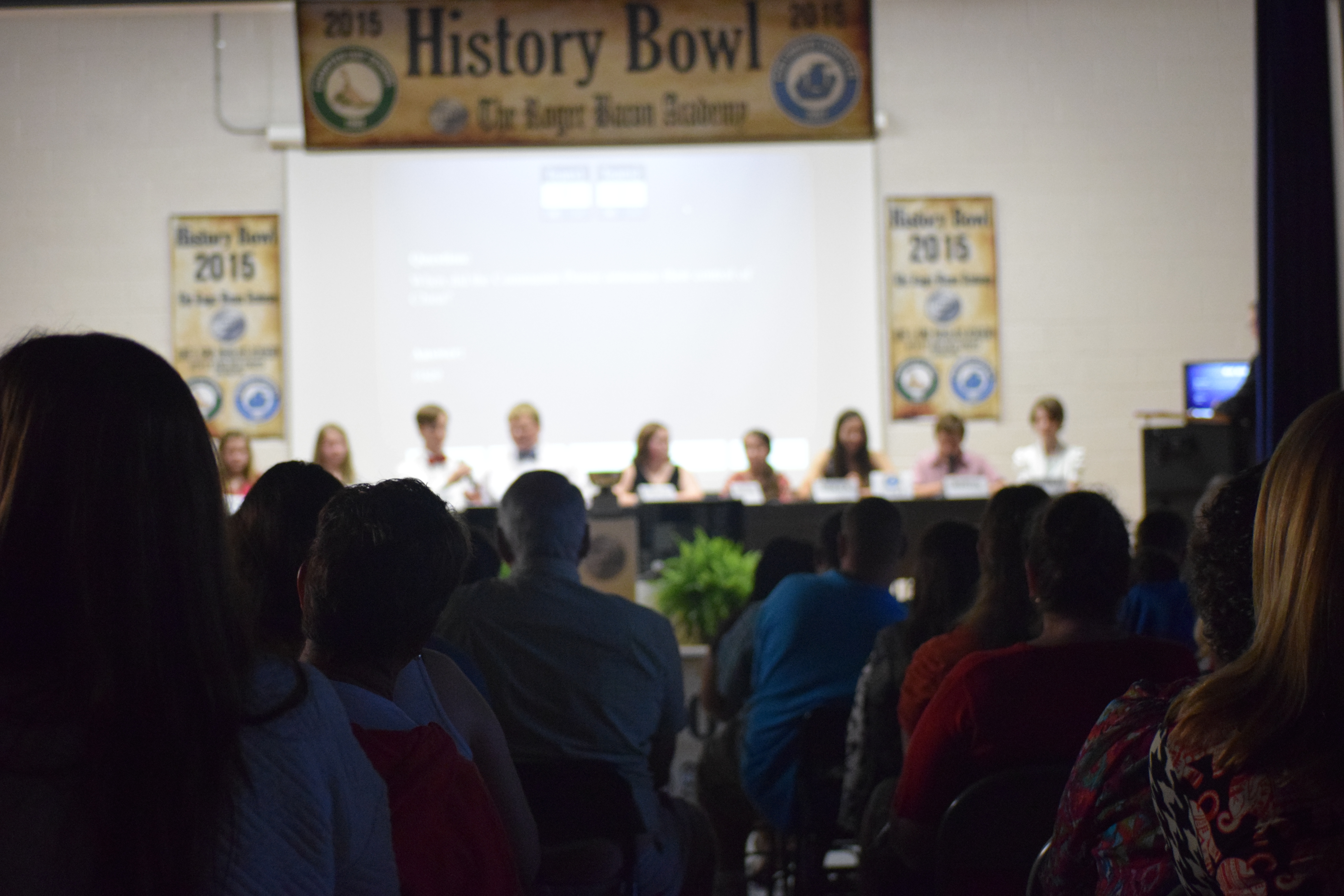