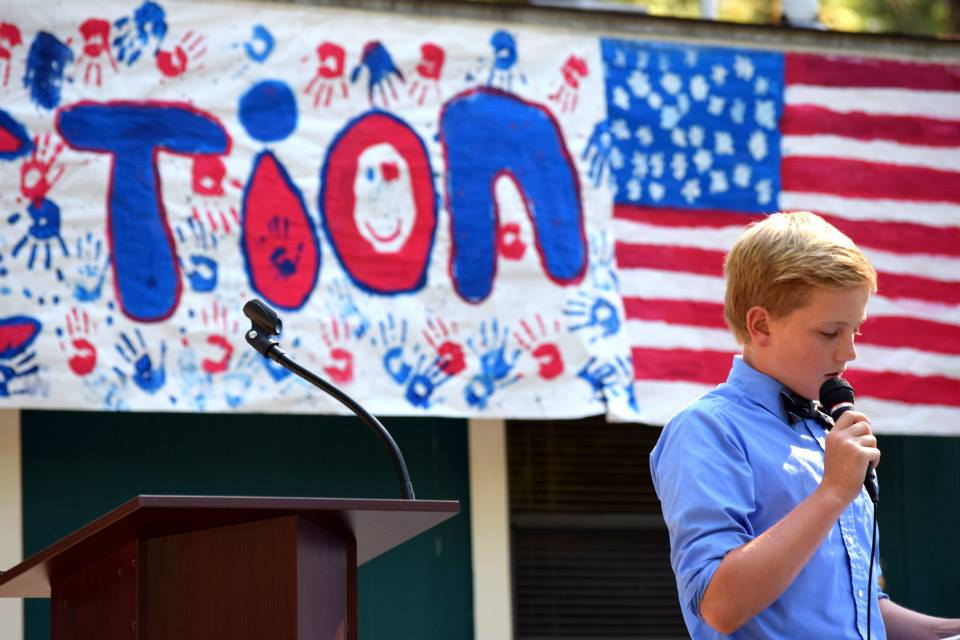 August 14, 2015– Friday was “Election Day” for middle school students at Charter Day School in Leland. Charter Day School’s Student Government Association (SGA) election process closely mirrors that of our State and Nation in hopes that each student will leave middle school with knowledge of, experience with, and appreciation for political participation and the democratic process.

Student candidates campaigned the entire month leading up to the event, with some even selecting campaign “staff” including managers and speech writers. In addition to clever slogans, presidential candidates also had to formulate a researched platform and legitimate plans of action, which they presented in speeches to their peers at the event.

Mayor Bozeman encouraged students to always honor their responsibility to take a good look at who they’re voting for, and to consider the implications of their choice on their community, state, or nation. She offered, “Sometimes, we just vote for people because they are our friend or live near us, but those aren’t good reasons to vote. You have to listen to people and know that, when you make the decision, that you are choosing the person that will do the right thing for everyone. Vote for the person who you know will be fair and honest to everyone.”

Commissioner Sykes reminded students of another responsibility to take with them as they grow up to join the electorate— to know their Constitution, rights, and freedoms, and to put in the hard work that it takes to maintain them. She stated, “What I want to talk to you about today is how proud I am that you are being instructed on the topics of freedom, democracy, citizenship and political participation. It takes a lot of work to maintain and continue in our rights and freedoms. It is important for each of you to study and to know your Constitution… You are our leaders of tomorrow, and even in Brunswick County, you can be whatever you want to be.”

Charter Day School, its students, and its families are grateful to Mayor Bozeman and Commissioner Sykes for their time and participation.

Dignitaries who were unable to attend also sent words of encouragement to the middle school students.

Senator Bill Rabon offered, “I am excited to hear that middle school students in my district are experiencing the ins and outs of the democratic process—what a vital experience.”

Charter Day School’s Presidential candidates, all eighth graders, impressed with their speeches. Luke Boldt revealed a suggestion box that he would place in the Middle School office. Frankie Dupre’ had an idea for a student-run store with treats and commonly needed school supplies. Luke Scacheri began his speech dressed as a clown, stating, “I’m not running for Class Clown, but I am running for Class President.” Jack Boldt started his speech with a quote from Benjamin Franklin that exemplified the election event itself: “Tell me and I forget, teach me and I may remember, involve me and I learn.”

To further involve all students in the democratic process, candidates and voters alike, students waited in line to choose their new SGA slate by private, online voting, even receiving an “I voted today” sticker.

Within an hour of polls closing, results were announced as all students gathered around the school’s flagpole. SGA officers for 2015-2016 are as follows:
Luke Scacheri, President
Mikey Barcal, Vice President
Issa Baggett, Treasurer
Elizabeth Edwards, Secretary 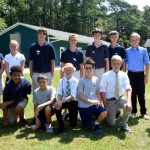 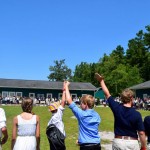 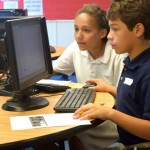 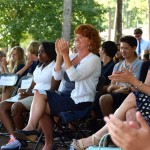 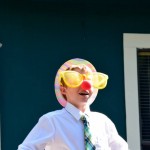 New President, Luke Scacheri, began his speech as a clown 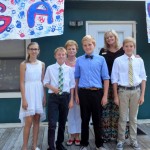 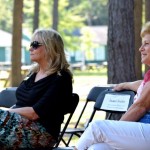 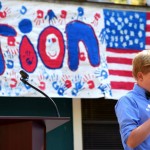