The following is an editorial printed in the Fayetteville Observer on April 5, 2015. 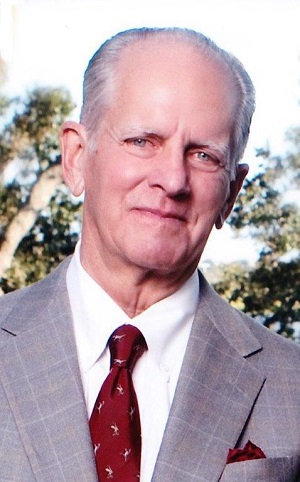 Your children grab their backpacks as they leave for school. You probably bought these at Walmart or Target and remember reading that these companies had gross profit margins of 25 percent and 29 percent. You remember that a company’s gpm includes all income before expenditures for operational costs and things like accounting and marketing and R&D, so actual profit is much less than the gpm.

The books in your children’s backpacks were most likely published by Houghton Mifflin Harcourt (gpm 41 percent).

The school is built by a local contractor who typically has a gpm in the 20 percent to 25 percent range. Your county financed the building with municipal bonds handled by a company such as Morgan Stanley, which has a gpm of about 85.6 percent.

The building is heated and cooled by power from Duke Energy (gpm 40 percent) and maintained by materials and supplies from a company such as WW Grainger (gpm 43 percent).

Classroom furniture was likely obtained from a supplier such as Office Depot (gpm 23 percent) or Staples (gpm 26 percent) as were paper, pencils and markers.

On a field trip, students board a bus purchased through Daimler Finance Corp and manufactured by its subsidiary Thomas-Built Buses (gpm 22 percent), which runs on fuel from Exxon Mobil (gpm 12 percent).

They have lunch, which may have been provided by a contract with McDonald’s (gpm 38 percent) or Domino’s (gpm 69 percent).

After recess, they return to class and take an assessment by Pearson (gpm 53 percent) before returning home.

Your children’s government-managed school received a “D” on the state’s report card. You are unhappy with this performance. The government is your school’s manager. What are your alternatives? You feel trapped by a monopoly.

You remember your neighbor’s comment about her child’s public charter school, Leland’s Charter Day School. She explained that it was the highest scoring school in the county but received almost a third less money than your children’s district school.

Charter Day School achieves these academic and financial results through the management services of an educational management organization with a gpm of 16 percent.

You understand that this EMO provides a lower-cost alternative that produces superior performance. This is certainly a competitive threat to the monopolistic government-run school bureaucracy. You wonder why many in the media are critical of charter schools, often questioning their accountability.

Regarding accountability: In addition to more stringent testing requirements and equal financial oversight to traditional public school districts, your neighbor can withdraw her child from the charter school at any time. If she does so, the school’s money stops. You realize that truly informed, vigilant parents who daily see and evaluate the quality of their child’s education are the citizens best qualified to hold the school accountable.

You also realize that without tuition-free, open-enrollment charter schools, children would be trapped in a government-run school monopoly with no tuition-free educational choice.

You know that our country’s competitive free-enterprise system produces the best backpacks, computers, buses and other products and services for you and your family. And because a charter school managed by an EMO is producing superior academic results at lower cost to the taxpayer, you decide the competitive free-enterprise system can also be the answer to a more effective school system serving our children.

Baker Mitchell is a former university faculty member, electrical engineer and entrepreneur who in 1999 founded the Roger Bacon Academy Inc., a provider of management services for public charter schools in southeastern North Carolina. Mitchell has served on the N.C. Charter School Advisory Council and is a former chairman of the N.C. Alliance for Public Charter Schools.