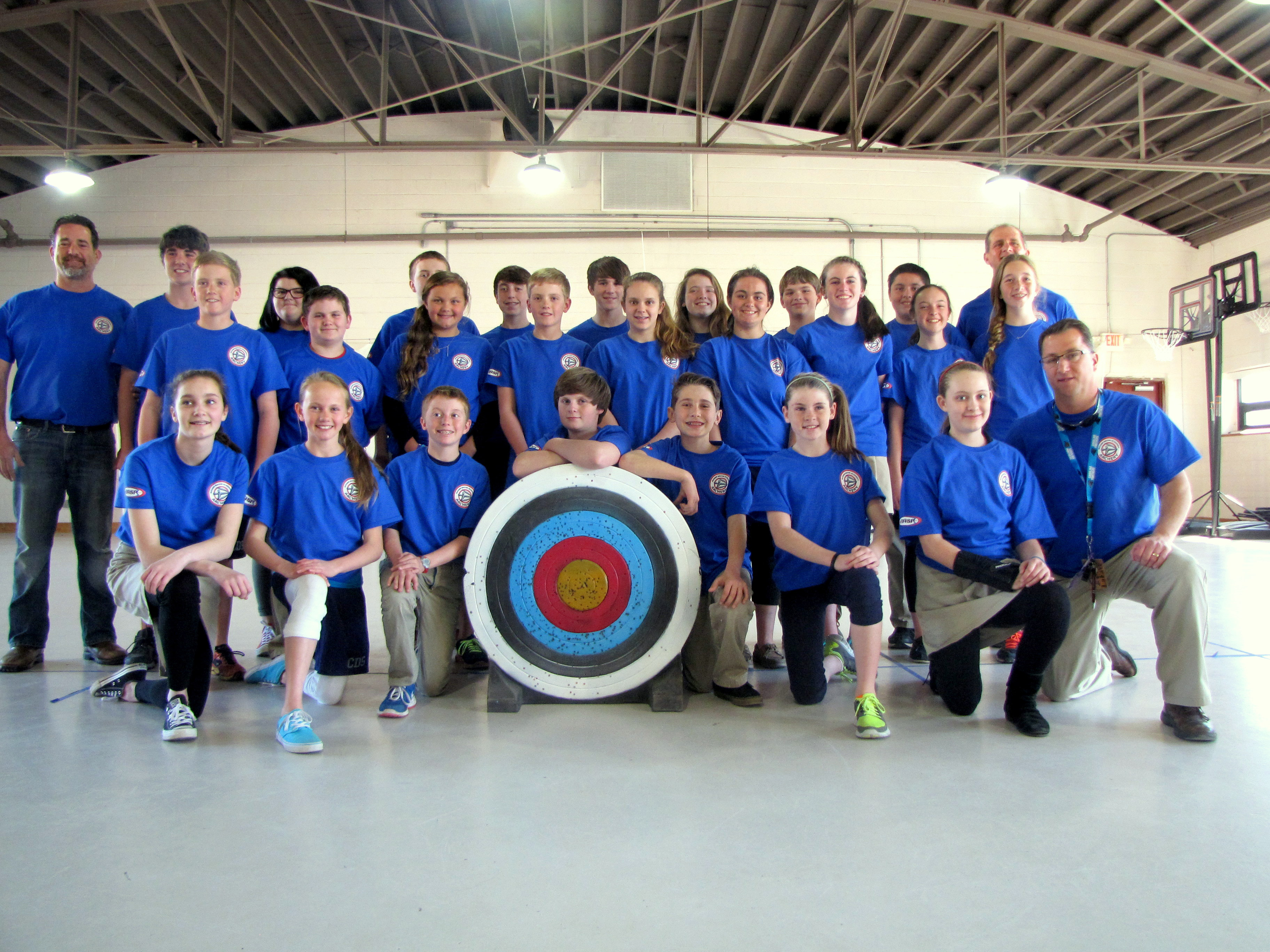 Leland— The dynasty that is Charter Day School archery added a sixth year to its reign with the release of 2015 State Championship results this week. In addition to a sixth title, CDS’ champion archery team set a record for their highest-ever score of 3166—a 102 point lead over second place.

Competition is through the National Archery in the Schools Program (NASP) and is considered virtual, as each team competes on their home field with officials reporting results electronically. CDS’ A-team scored first place, with its B-team achieving an impressive sixth-place finish. CDS’ sister school, Columbus Charter School, shot its way to seventh place in its first competition, having only begun its archery program in August.

CDS also provided some of the top individual archers in the state. Out of 66 sixth grade archers, Levi Lindbert and Liz Boldt became the state’s first place male and female archers, respectively. CDS eighth grader Mikaela Whitman secured a first place state ranking out of 29 competitors in her grade level.

This May, CDS archers will join approximately 500 student archery teams from across the country at the national competition held in Louisville, KY.

CDS archery coach and parent, Daryl Lafave states, “I am so proud of our students. You can’t fake archery—it’s a student, a bow, arrow, and target. This sport hones focus, physical and mental strength. Our archers are skilled at facing challenges under pressure.”

Lafave concludes, “Each win makes our school and parents so excited for the future— both our team’s and our students’— as involvement in quality athletics programs can provide valuable opportunities for things like scholarships. Last year, a CDS athlete received over $4,000.00 in scholarships while still in middle school.”

In addition to this archery win, CDS cheerleaders recently earned their sixth consecutive national title, and the school itself was again designated Brunswick County’s highest-scoring on the most recent End-of-Grade tests.