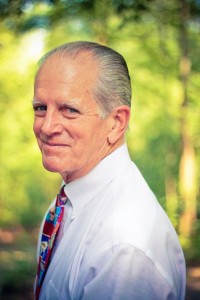 Baker Mitchell, Founder of The Roger Bacon Academy, was invited to join 50-60 other attendees from across the country to participate in Hillsdale College’s Charter School Seminar: “What Makes Classical Education Different?”

Hillsdale College, located in Michigan and founded in 1844, is widely known for its uniqueness in that it accepts no federal funding for any of its activities.

The three-day conference features such topics as “Undoing Dewey,” “Why Shakespeare Matters,” “Classical Math: Euclid, Pythagoras, and Newton,” and “Psychology and the Assault on Moral Education in Public Schools.”  Other topics range from progressivism in teacher certification requirements to school culture and grammar as the first liberal art.

The conference for charter school leaders will be held June 24-27 at Hillsdale’s Dow Conference Center in Michigan and all expenses will be borne by The Barney Charter School Initiative, a new project funded by the Barney Family Foundation and other national donors.

According to Philip Kilgore, Hillsdale’s Director of Charter School Development Programs, the seminar focuses both on supporting groups that are planning on opening new schools in their communities and on fostering a community among existing classical schools seeking to learn from Hillsdale to strengthen their fidelity to the traditions of classical education

Baker Mitchell founded The Roger Bacon Academy in 1999; and it operates two public charter schools in southeastern North Carolina under the direction of the schools’ board: 900-student Charter Day School in Leland and 600-student Columbus Charter School in Whiteville.

“I have long been an admirer of Hillsdale College, and I am honored to have been selected to attend this conference,” Mitchell said.  “I look forward to bringing back many ideas to help our schools accomplish their mission of achieving excellence through classical subjects and methods,” he added.

Mitchell said North Carolina is beginning to receive recognition for its public charter schools; and with the cap now lifted, he believes there will be ample opportunity for good programs to flourish.

Mark Cramer, 12-year Superintendent of the two charter schools, said that they are continually seeking new sources for tested ideas to incorporate into the schools.

“Baker and I avoid the fads and look for solid data on what is achieving results in top schools across the country,” Cramer said. “We have a wide diversity of sources for our field-proven ideas. If an idea works somewhere else but isn’t working here, we know it must be our fault – so we fix it. Children will always learn, if we teach them correctly,” he said.

“I’m sure Baker will bring back a number of great ideas from Hillsdale and perhaps will explore establishing a continuing relationship with this outstanding college,” Cramer concluded.

The Roger Bacon Academy schools are tuition-free, open enrollment K-8 public schools in southeastern North Carolina. Since 2000, The Roger Bacon Academy has focused on quality education and is a premier performance-driven year-round school. Widely recognized as a compelling choice to conventional public education, the schools have built a reputation for dedicated and highly qualified teachers that give students a strong and proven academic foundation. The Roger Bacon Academy schools have received numerous awards, including the designation of being a Top-25 School for Academic Growth and of Excellence in the state of North Carolina.