PR: Charter School Gets the Gavel 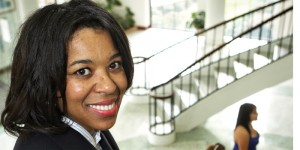 “The addition of Judge Ola Lewis to Charter Day School  Board of Trustees ensures our schools will continue to benefit from a diversity of knowledge and opinions. Judge Lewis is a perfect fit for a trustee because of her strong leadership skills, extensive education experience, and proven track record – especially in creating a better community,” said Donnie Norris, Board Chair, Charter Day School.

Lewis grew up in a family involved in education, her parents were both public school administrators. She continued her education by graduating from Fayetteville State University with a degree in Business Administration in 1986, and earned her law degree from NC Central University in 1990.

“Charter Day School is a leading educational institution in North Carolina and a model for preparing our youth to pursue noble causes of global benefit to their fellow citizens,” Judge Ola Lewis said. “For this reason, among many others, I am extremely proud to join the Board of Trustees at Charter Day School.”